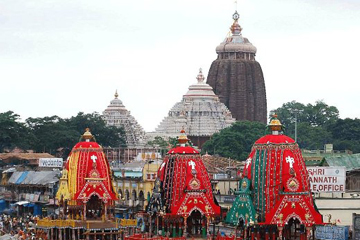 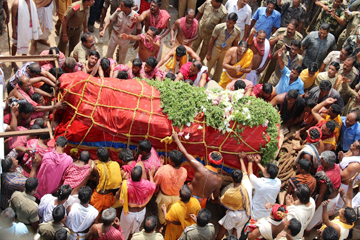 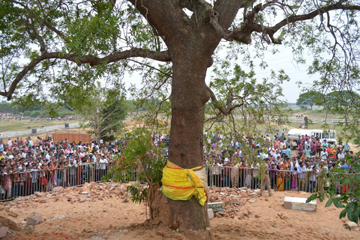 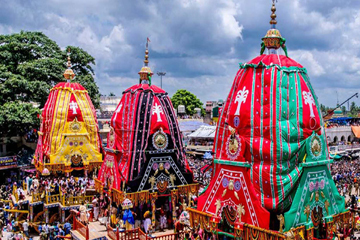 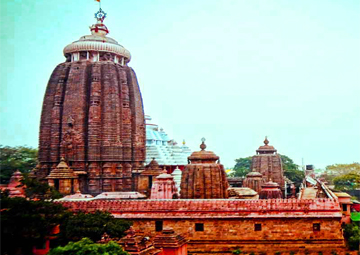 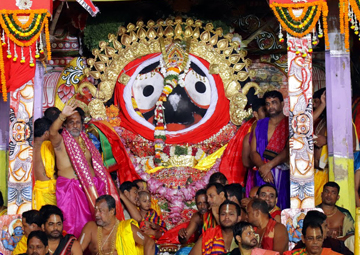 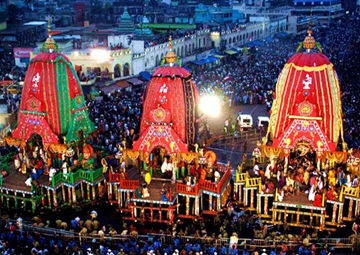 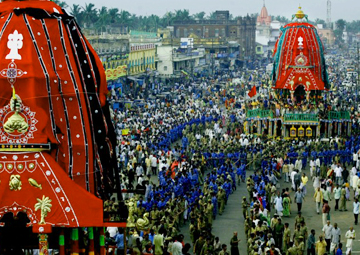 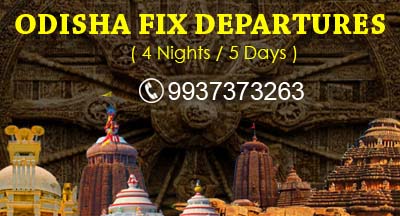 Rath Yatra or Jatra is the celebration of the Lord Jagannath, who is believed to be the Lord of Universe's journey towards his aunt's house. Though it is a Hindu shrine but this chariot festival is not associated with any particular denomination of Hinduism entirety, though there are several common aspects with Vaishnavaism, Saivism, Shaktism, Buddhism and Jainism.

Jagannath Rath Yatra is more than five thousand years old and the most spiritual thing is, the celebration follows all the same rituals from its starting. There would not seen any changes in this festival. Traditionally the Rath Yatra festival is celebrated annually in Puri, Odisha. During this world renowned festival, lord Jagannatha is worshipped along with his brother lord Balabhadra and sister Devi Subhadra. 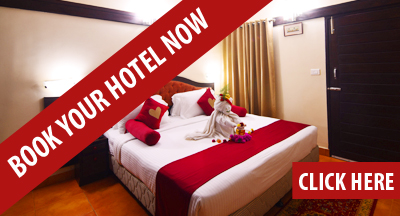 According to spiritual significance of Katha Upanishad- The festival talks about Human body as Rath and sarathi or driver as God, who drives the chariot of body to the yatra/journey to material existence or Bhavasagar. Classically it is mentioned as- The soul drive with in the Rath of body, which has been intellect and total devoted to God the driver of the chariot towards the material existence. The wheels are the significance of velour. The horses are and persistence. The horses are the synonyms of vigor, self discipline, tolerance, charity and discrimination, where as pity, equanimity and forgiveness are the reins of horses.

The popular Rath Yatra is the time when the Deities come out of the temple for all to see. Each deity visit Gudicha Temple in their specific chariots drawn by devotees. Gudicha temple is dedicated to Lord’s Aunt.

The chariots used during Rath Yatra are built every year. Carpenters began the construction of chariots on the Akshaya Tritiya day. The chariots are painted with bright colors and the tops are covered with red, black, yellow, or green canopies. Lord Jagannath uses red and yellow, Lord Balaram uses red and green, while Goddess Subhadra uses red and black. All the chariots have separate features to distinguish from each other.

Lord Jagannath's chariot is called as Chakradhwaja or Nandhighosa, which simply describe about tumultuous and blissful sound. 45 feet tall, 16 wheels, 65 tons weigh, Garuda on its crest along with four white wooden horses are the specific features of Lord Jagannath's Rath.

Lord Balaram's cart is called Taladhwaja, which means the sound of significantly powerful rhythm. It has 14 wheels, and is drawn by four black wooden horses. It carries Hanuman on its crest.

Goddess Subhadra's cart is called Padmadhwaja or Darpadalan, which means destroyer of pride. It has a lotus on its crest, uses 12 wheels, and is drawn by four red wooden horses.

On the celebration day devotees pull the chariots till the Gundicha temple. This time in Rath Yatra Puri 2021 also you will see the same celebration but wide more spiritual excitement. Because it is the Nabakalebar Rath Yatra where all the Lords will get new avatar after nineteen years. The return journey of Lords is also celebrated as Bahuda yatra on July 20, 2021. The deities reach the Puri temple on Ekadasi day, than attired in new costumes and this new form of the idols is known as ‘Suna Vesa’ . So come to be a part of Puri Rath Yatra 2021 to see new looks of deities and get blessing for your lifetime.